Background
Piracy has re-emerged as a global security threat. The Suez Canal and Gulf of Aden provide Europe’s key trade route to the Middle East, India and the Far East. Unhindered passage for the 30,000 ships that use it annually is essential to the economic well-being and energy security of the continent. The European Union has responded to this challenge by calling for proposals to conduct research to provide non-military countermeasures to protect merchant ships.

The PROMERC consortium was formed to address this need. The focus of the consortium has been to view the assessment and mitigation of the risk of piracy holistically and to rapidly develop a number of tools to mitigate the risk at each stage of a voyage from planning through to execution.

Following 2 years of research a stakeholder workshop was held in Portsmouth to disseminate the results of the research and to provide end-users with a chance to use the PROMERC tools.
To provide as realistic an environment as possible the event was hosted by TRANSAS in their bridge trainer. 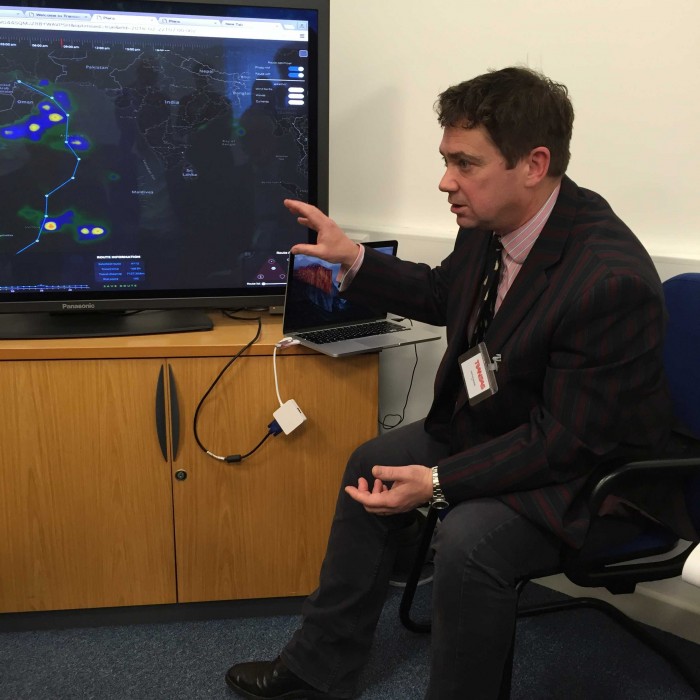 Route Planning tool
The route planning tool was presented by partner MARSS who led the development of this tool in WP4, supported by CMRE who developed the optimiser module.
A voyage was planned for an Oldendorff vessel on a representative route. Risk maps were generated from ‘live’ data comprising the combination of a near real time feed of piracy intelligence provided by Mari Trace Ltd and forecast weather. The algorithms developed in earlier tasks synthesise this data into ship specific risk and vulnerability charts at 3 hourly intervals for the entire voyage. The optimisation module creates a number of possible optimal routes that the user then filters by allocating weights to risk, cost and speed through the GUI.
The tool was well received by stakeholders. Details of the feedback received will be given in Deliverable 6.1 – End-user assessment of the Prototype Onboard Counter Measures.

Onboard Decision Aid
The centre-piece of the demonstration was the onboard decision aid which was demonstrated in the bridge trainer. The voyage which was planned using the route-planning tool was then conducted in a mix of real time and time travel in order to demonstrate the full capability of the system in the available time.
The attendees played the role of the bridge team and all enjoyed the experience. Many commented that the experience really made the scourge of piracy real and aided their understanding of the purpose and utility of the tools created in PROMERC.
The tool was well received. Details of the feedback received are given in Deliverable 6.1 – End-user assessment of the Prototype Onboard Counter Measures. 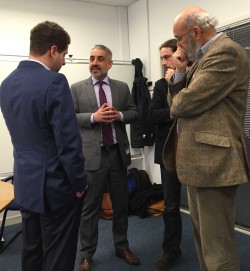 Discussions
During the afternoon the group moved to the operations room of Dryad Maritime, which provides maritime intelligence and threat assessment to commercial shipping. The afternoon was structured to provide 3 sessions each comprising presentations and thinkpieces followed by a plenary discussion of the issues.
The first session was focussed on PROMERC and IPATCH and the utility and application of the solutions delivered to date. The second session concerned the piracy threat. Together these sessions informed the final session that was concerned with whether there was a need for future research.

Conclusions
The workshop was well attended and the stakeholders were very engaged. The prototype pre-voyage planning and routeing tool was successfully demonstrated and feedback obtained which will be reported in Deliverable 6.1 – End-user assessment of the Prototype Onboard Counter Measures. 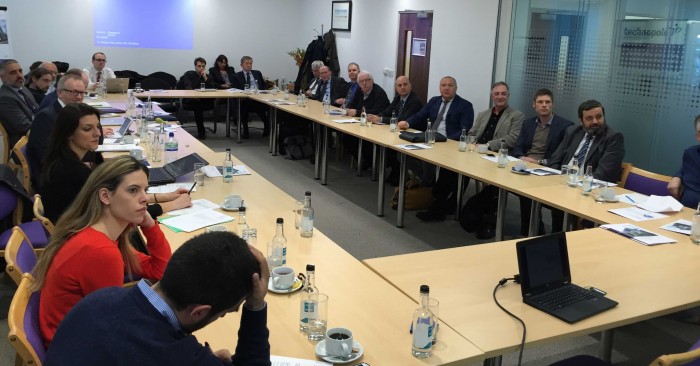